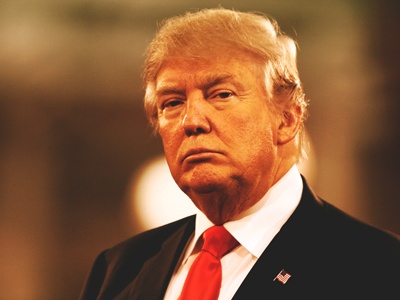 It is said that we all have a double or a “doppelganger”. It may be true, and if you think about the sheer number of us humans on the planet, then it does make perfect sense I suppose. Sadly (or perhaps not – I’m not sure) I have not encountered mine, but I am certain he’s out there somewhere.

The word “doppelganger” is of German origin and is made up of two words, “doppel” meaning double and “ganger” meaning “walker” or “goer”. It was originally thought of as a harbinger of bad luck if you were to meet your doppelganger (or “evil twin”) but these days it is used simply to refer to someone who resembles you very strongly.

But what are the probabilities of finding a direct replica of yourself? Well, the answer is not high.

Researchers have discovered that the chances of sharing just eight facial dimensions with someone else are less than one in a trillion. So with even 7.4 billion human inhabitants on Earth, that’s only a one in 135 chance that there’s even one single pair of doppelgangers.

The outcomes can be expounded by the well-known infinite monkey conundrum: the one where we sit a chimpanzee down in front of a typewriter for a long enough period of time, and it eventually writes the Complete Works of Shakespeare by aimlessly striking, biting and bounding up and down on the typewriter keys.

Apparently, it is a mathematical inevitability, but reverse engineering the problem reveals just how astoundingly long the monkey would have to work. If we Ignore grammar, the monkey has a one in 26 chance of typing the first letter of Hamlet correctly. So far, so good. But when we arrive at the second letter, the chances have already shrivelled to one in 676 (which is 26 x 26), and by the end of the fourth line (22 letters into the play), it’s reached one in 13 quintillions (yes that is an actual number!). When you multiply probabilities together, the chances of something actually happening disappear very rapidly.

So what, you may wonder, are the chances of finding a fish that resembles the president of the United States of America? Well, I would not like to type out the actual number in case I broke my computer keyboard. However, it has happened!

The resemblance of the yellow-skinned Cowfish to Donald Trump was discovered by Steve Collins when he visited the Sea Life aquarium at Manchester’s Trafford Centre. Take a look below, what do you think? Uncanny isn’t it? 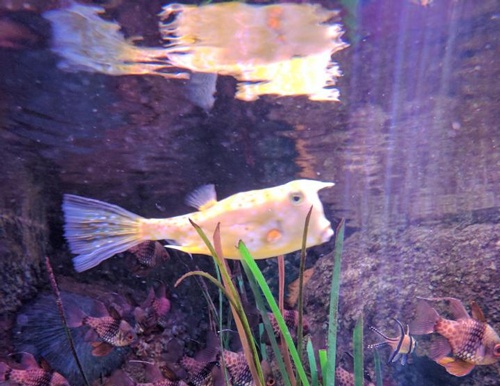 If you have a fish in your aquarium at home that resembles someone presedential then why not choose a suitable ornament from my extensive range for them to swim around? 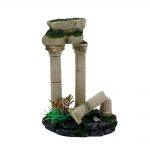 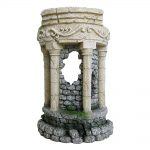 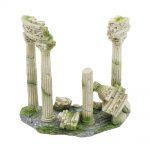 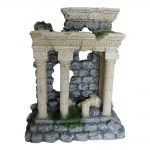